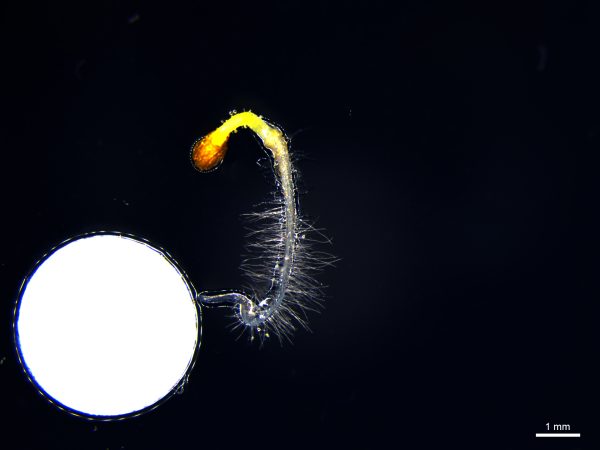 Orobanchaceae parasitic plants such as Striga spp. infest major crops and are threats to global food security. One of the important steps for them to complete infection is the active extension of their root to the host roots, called host tropism. However, the molecular mechanism underlying this step remained elusive.

To study host tropism, we selected the model facultative root parasite Phtheirospermum japonicum, a member of the Orobanchaceae. We found that strigolactones (SLs) are functional as host-derived chemoattractants. Chemotropism to SLs was found in S. hermonthica but not in non-parasitic plants, implying that chemotropism to SLs might be limited to Orobanchaceae parasites. Chemotropism to SLs in P. japonicum is suppressed in ammonium-rich conditions, where the perception of SLs remains but the resulting asymmetrical accumulation of an auxin transporter PIN2 is lost. We also found that at least two receptors are capable of recognizing exogenous SLs. Our findings provide an important molecular mechanism for host tropism in Orobanchaceae parasitic plants.

For the full paper, see here.